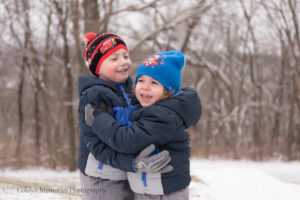 It’s hard to believe that these two little guys were born in the Sunny State of Arizona! We now live in the Four Season State of Missouri. It’s so different and awesome having the Four Seasons! I didn’t realize how much I missed this until I moved back! We wished for a “White Christmas” and we actually had one….but the boys were sick with the flu so they had to enjoy the snow from indoors. It was so difficult to explain to them that they were too sick to go outside to play in the snow. So when we woke up last Sunday to a snowy morning it was just perfect! Nothing better than having a fun snow day on the weekend!

Last Year My Father took me shopping to help get the boys ready for Winter. We picked out some snowsuits, coats, gloves and snow boots for the boys…..luckily they still fit them! After what seemed to be an hour, but really only 10 minutes, of getting all of our gear on we headed out to the front yard to walk around every square inch of snow in the driveway and yard. 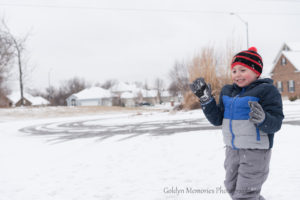 The Goldyn Boys enjoyed some brotherly snow ball fights, running in the snow, throwing the snow up in the air and they even made snow angels! As a Mom it was just spectacular to see the excitement in their faces to be outside playing in the snow. I am so happy that I took my camera outside to capture these awesome images of the boys’ 1st Snow of 2018! Our 1st Snow was filled with excitement, rosy cheeks, smiles and lots of laughter! To my surprise, we were actually outside for quite a while before heading in to warm up. 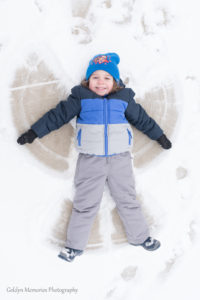 Sometimes our best times together are unplanned! This will always be a day I will remember!